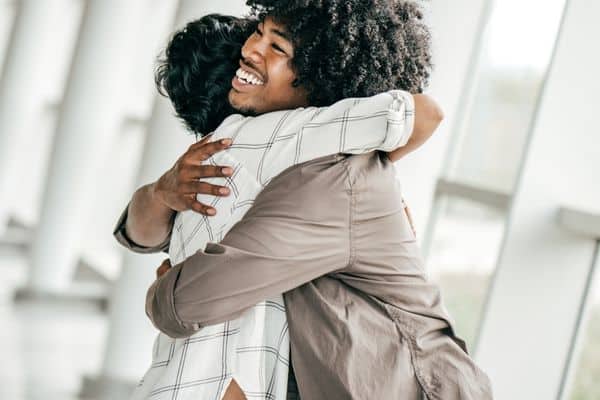 Debt Inspirational Quotes That Get You Moving!

If you live in America, chances are you have debt. According to the Federal Reserve, American household debt hit a record $14,600,000,000,000 in the spring of 2021. And this means you could be paying tens of thousands of dollars extra over time.

But you don’t have to! If you’re on a journey to eliminate or reduce your debt, check out the following debt free quotes and sayings. They’ll inspire you to keep at it, even when the going gets tough.

How to Use These Money Freedom Quotes

Motivation is easy to come by at the beginning of a goal, but can vanish in an instant. Here are great ways to use these debt free quotes:

First, these debt free living quotes highlight how owning your things helps you own your destiny.

1. “When you don’t have debt, your money can do anything you want it to.” –classycareergirl.com

2. “More important than how we achieve financial freedom, is the why. Find your reasons why you want to be free and wealthy.” –Robert Kiyosaki

4. “He looks the whole world in the face for he owes not any man.” –Henry Wadsworth Longfellow

6. “When you buy a bigger house, another luxury car, or a fancy boat, you are showing people you used to have money.” –Christopher Manske

7. “Debt is a form of bondage. When we make purchases on credit, they give only an illusion of prosperity, we think we own things, but in reality, our things own us.” –Joseph B. Wirthlin

8. “A big part of financial freedom is having your heart and mind free from worry about the what-ifs of life.” –Suze Orman

9. “Debt is the slavery of the free.” –Publilius Syrus

10. “Today, there are three kinds of people: the have’s, the have-nots, and the have-not-paid-for-what-they-have’s.” –Earl Wilson

13. “I have two amazing things in my life: I’m pain-free and I’m debt-free.” –Stephen King

14. “Home life ceases to be free and beautiful as soon as it is founded on borrowing and debt.” –Henrik Ibsen

15. “Every time you borrow money, you’re robbing your future self.” –Nathan Morris

17. “In every conceivable manner, good debts contribute to your wealth and bad ones take it away. Hence, good debts build you up and bad debts bring down your financial house of cards.” -Ramit Sethi

19. “A fool and his money are easily parted.” –Thomas Tusser

20. “Financial freedom is available to those who learn about it and work for it.” –Robert Kiyosaki

22. “If you have debt I’m willing to bet that general clutter is a problem for you too,” –Suze Orman

23. “You deserve a debt-free life way more than you deserve those shoes.” –Unknown

24. “Budgeting isn’t about limiting yourself–it’s about making the things that excite you possible.” –Unknown (See this great 50 30 20 budgeting pdf)

25. “Never spend money before you have earned it.” –Thomas Jefferson

27. “Debt is the new American slavery, and its chains are made of credit cards.” –Elizabeth Warren

28. “A healthy and debt free living person is the RICHEST and the HAPPIEST.” –Sushmitha Maddulo

29. “Most of us will never be rich, but we can feel greatly unburdened when we are debt-free.” –James E. Faust

30. “Get into the habit of asking yourself, ‘Does this support the lifestyle I’m trying to create?’”–Unknown

31. “Financial peace isn’t the acquisition of stuff. It’s learning to live on less than you make, so you can give money back and have money to invest. You can’t win until you do this.” –Dave Ramsey

32. “Your decisions from today forward will affect not only your life, but also your entire legacy.” –Dave Ramsey

33. “Only buy what you need and can afford. Even though something is a good deal, it doesn’t mean you should buy it.” –Anne M.

34. “It is the debtor that is ruined by hard times.” – Rutherford B. Hayes

35. “When you know the impact of little expenses, you will realize that there is nothing little in this world.” –Manoj Arora

37. “Live below your means but within your needs.” –Suze Orman

38. “Being debt free comes down to how bad you really want it.” -unknown

39. “Make your money and buy your freedom”. -Tamara Mellon

41. “When I look at my savings account, I don’t see pounds and pence, I see freedom.” – Merryn Somerset Webb

42. “Credit buying is much like being drunk. The buzz happens immediately and gives you a lift… The hangover comes the day after.”  – Joyce Brothers

43. “Debt is not a tool; it is a method to make banks wealthy, not you. The borrower truly is slave to the lender.” -Dave Ramsey

44. “Money looks better in the bank than on your feet.”― Sophia Amoruso

45. “I make myself rich by making my wants few.” –Henry David Thoreau

46. “Debt is not just a financial vulnerability, it’s also an emotional one. To let go of the things that are weighing you down in life and leaving them behind gives you freedom and security.” -Barry Cripps

48. “Students who acquire large debts putting themselves through school are unlikely to think about changing society. When you trap people in a system of debt, they can’t afford the time to think.” – Noam Chomsky

49. “I use my financial values to set my limitations. I have three children I want to put through college debt free. So that means I can’t spend wildly or with disregard.” –Michelle Singletary

50. “Financial planning is like navigation. If you know where you are and where you want to go, navigation isn’t such a great problem. It’s when you don’t know the points that it’s difficult.” –Venita VanCaspel

Next, these famous quotes about paying debts will jumpstart your efforts to kick debt to the curb for good.

51. “Whether you want to exercise more often, or you’re hoping to become debt-free, real change happens in stages. Slow and steady progress is great–as long as you’re taking steps in the right direction.” –Amy Morin

52. “The secret to getting ahead is getting started.” –Mark Twain

53. “The man who never has enough money to pay his debts has too much of something else.” –James Lendall Basford

54. “Where you’re headed is more important than how fast you’re going.” –Stephen Covey

57. “You can’t get out of debt while keeping the same lifestyle that got you there.” –Dave Ramsey

59. “The day I’m able to be debt-free is the day I’m going to be the happiest guy around.” –Steve Garvey

60. “There are no shortcuts when it comes to getting out of debt.” –Dave Ramsey

62. “I vowed never again to create more bills than I could pay. I just hated the way overspending made me feel.” – Oprah Winfrey

63. “Pay off your debt first. Freedom from debt is worth more than any amount you can earn.” – Mark Cuban

64. “Whenever you see a successful person you only see the public glories, never the private sacrifices to reach them.” –Vaibhav Shah

66. “The only way not to think about money is to have a great deal of it.” – Edith Wharton

69. “You will either learn to manage money, or the lack of it will manage you.” –Dave Ramsey

70. “Owning your story is the bravest thing you’ll ever do.” –Brene Brown

75. “Nothing happens without focus. Don’t try to do everything at once. Take it one step at a time.” –Dave Ramsey

76. “Sometimes we’re tested not to show our weaknesses, but to discover our strengths.” –Unknown

77. “The best thing that money can buy is freedom from worrying about money.” –Unknown

80. “Many a man thinks he is buying pleasure when he’s really selling himself to it.” – Benjamin Franklin

82. “Cash is King. It is so simple, yet so difficult for people to understand. Do not spend more than you have.” – Sophia Amoruso

83. “If you learn to control your finances, you won’t find yourself stuck in jobs, places or relationships that you hate just because you can’t afford to go elsewhere.” – Sophia Amoruso

84. “Investing is important, but get debt-free first. That’s what frees up your income so you can win.” –Dave Ramsey

85.“It takes as much imagination to create debt as to create income.” -Leonard Orr

86. “Wars in old times were made to get slaves. The modern implement of imposing slavery is debt.” – Ezra Pound

89. “It is thrifty to prepare today for the wants of tomorrow.” -Aesop

90.“In the long run we shall have to pay our debts at a time that may be very inconvenient for our survival.” -Norbert Wiener

92. “You’re never ready for what you have to do. You just do it. That makes you ready.” –Schreiber

93. “In God we trust; all others must pay cash.” -American Proverb

94. “Many folks think they aren’t good at earning money, when what they really don’t know is how to use it.” -Frank A Clark

96. “A hundred wagon loads of thoughts will not pay a single ounce of debt.” -Italian Proverb

99. “One of the greatest disservices you can do a man is to lend him money that he can’t pay back.” – Jesse H Jones

*Related: Don’t miss these money questions to ask yourself. They’ll help you explore what you want out of life. And whether you’re covering your financial bases.

101. “The chains of habit are too weak to be felt until they are too strong to be broken.” –Samuel Johnson

105. “The best view comes after the hardest climb.” –Unknown

106.“ It is your determination and persistence that will make you a successful person.” –Kenneth J. Hutchins

108. “Learning is never done without errors and defeat.” –Vladimir Lenin

110. “The way to get started is to quit talking and begin doing.” –Walt Disney

112.“At the end of the day, we can endure much more than we think we can.” –Frida Kahlo

114. “It takes as much energy to wish as it does to plan.” ― Eleanor Roosevelt

116. “All you can change is yourself, but sometimes that changes everything.” –Gary W. Goldstein

117. “Rather go to bed supperless, than rise in debt.” -Benjamin Franklin

118. “This would be a much better world if more married couples were as deeply in love as they are in debt.” -Earl Wilson

119. “Your mind will always believe everything you tell it. Feed it faith. Feed it truth. Feed it love.” –unknown (Find great money success affirmations here)

121. “Don’t wait until you’ve reached your goal to be proud of yourself. Be proud of every step you take towards reaching that goal.” -Karen Salmansohn

123. “Debts and lies are generally mixed together.” -Francois Rabelais

124. “What can be added to the happiness of a man who is in health, out of debt, and has a clear conscience?” – Adam Smith

I hope these quotes add pep to your step as you get out of debt. And if you ever need more motivation, think of your why.

Are you getting out of debt to build a brighter future for your kids? To allow for beautiful vacations? To quit your crummy job?

Imagine all of the beautiful things that will be possible when you kick that debt to the curb. And then take action.

Even a small amount leads to stunning change over time. What are your favorite debt free life quotes? Leave a comment and let me know! 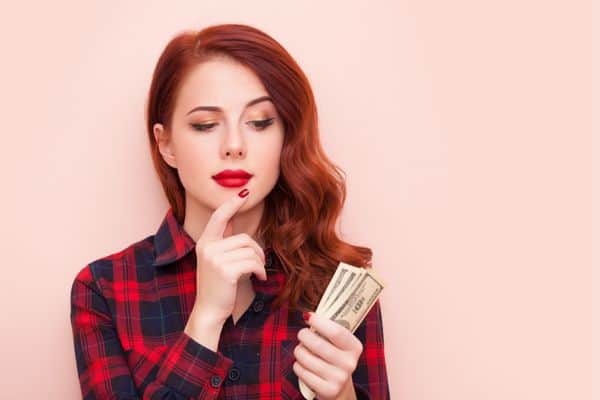 What are some good financial questions? When it comes to your money, often you don’t know… 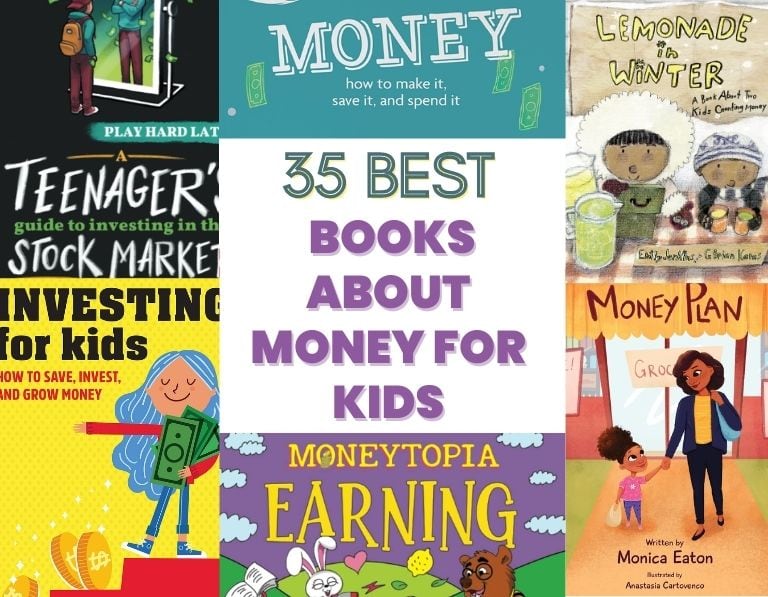 As our kids have entered elementary school, we’ve shared more in-depth conversations about the value of… 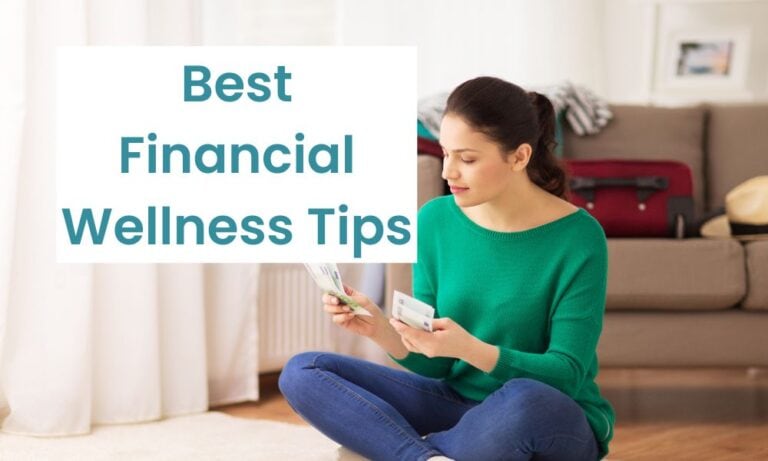 Money is a major factor in your wellbeing, so today, we’re cutting the stress and improving… 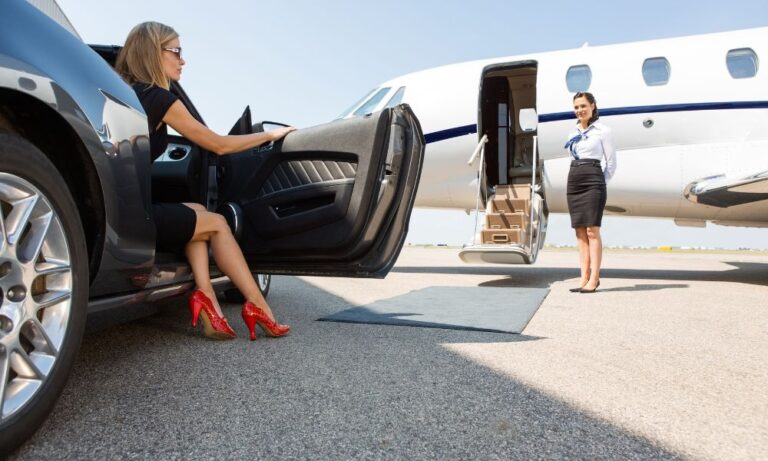 I once had a friend say that she “wished she had a million dollars.” The thing… 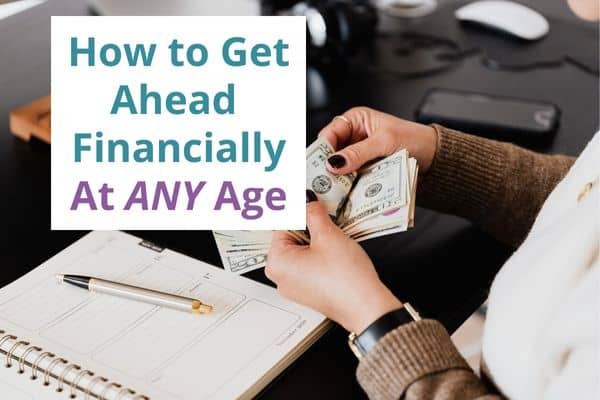 For most Americans, managing money is a struggle. It’s not that we don’t want to get… 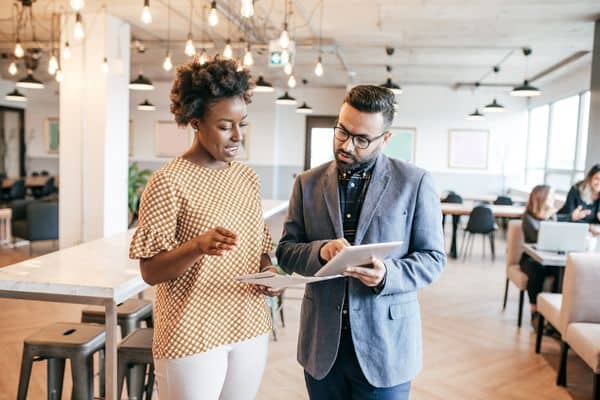 What are some smart financial goals? Have you made goals but had trouble achieving them? You’re… 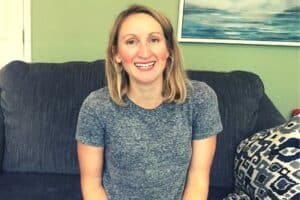 And we're a team of women helping you thrive with your money. It's time to get wealthy. On your terms.